There has long been a (hopefully friendly) rivalry between Pentecostal/charismatic and more conservative/traditional Christian churches.

While you will always find negative extremes, both sides need to be careful that their judgment is not clouded by prejudice or ignorance of what the Bible actually says.

This really hit home to me some time back as I was listening to a song by Matt Redman, entitled Undignified (I will dance). 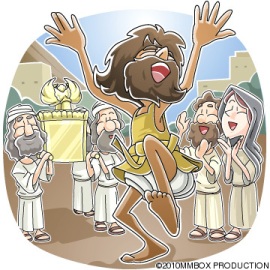 Some of the lyrics are as follows:

I will dance, I will sing
To be mad for my King...

…And I’ll become even more undigni-fied than this.

My natural, default bias would ordinarily have written this song off as ‘emotional “penty” hogwash,’ (I mean, undignified dancing!!) but this time was different. Only days before I heard the song, I was reading a fascinating passage of Scripture in 2 Samuel 6:16-23 in which King David was bringing the Ark into Jerusalem, so I immediately recognized the song as being directly from Scripture. (You can read the passage here)

It was a good reminder to me that before we write anything off as ‘emotional “penty” hogwash’ or ‘legalistic conservative dogma’ it would be wise to go to the Scriptures first, and, above all, to remember that Jesus greatly desires the unity of His Church.

12 comments on “Is it really just ‘Emotional “Penty” Hogwash?’”