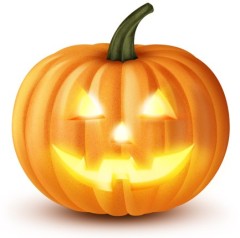 The commercialization of Halloween is gradually sucking Australians into a celebration we once considered to be purely ‘American.’

While many Australians may be willing to embrace this trend, the question must arise concerning the stance of the Christian. Just last week someone came to me asking my advice on what should be done regarding a teenage girl’s invitation to a Halloween party.

Of course each person must follow the convicting of the Spirit in their own hearts, but as the body of Christ, I truly believe that there are some things we should stand against as a community.

Having spoken to several teenagers in the past who have had terrifying experiences delving into the occult, it seems clear to me that as Christians we must be careful not to align ourselves with a festival which, despite its supposed ‘Christian’ roots, has become known for its associations with witchcraft, death, spirits and horror.

So what is a teenager to do, when it will not be well received by their friends if they do not participate? My heart aches for them; I remember how painful it was to make choices that were unpopular. But as Christians we were never called to do what was popular; we are called to be different, even when it means sacrifice. The greatest thing we can do for our children is to teach them how to make a stand while they are young, so that when they are older, the narrow road is not foreign to them.