I love my country. Sometimes I marvel at how I’ve won the lottery of life, being born here in the lucky country, the land of opportunity.

When I started travelling, I realised that my passport is one of my most precious possessions. Wherever I go in the world, I carry the golden ticket: a document saying I belong in Australia – that they will always let me come home. 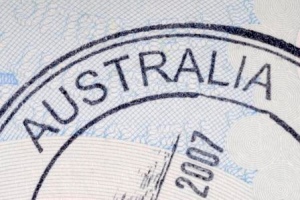 But recently something has changed.

I was talking to a new friend who grew up in Iran. As a teenager, he left a war-torn country, having witnessed unbelievable horrors, for a new life in Australia.

He worked hard to overcome barriers of language and culture. He studied late into the night, earned a degree, and won a government job. You’d think he’d had it made, but it broke my heart when he said that if he ever had children, he wouldn’t raise them here. He’d rather take them back to the war-torn Middle East than put them through the daily racism he faces. After twelve years, he still feels like an outsider – ignored, bullied, excluded, slapped with religious slurs – even though he’s never been Muslim. For the first time, I felt ashamed to be Australian.

I look at our indigenous people, who, according to the UN, have the second worst quality of life in the world, and I wonder about our lucky country.

Australia is the best country in the world… for me. But I’m not the only one who lives here.