This last week has been the most fascinating week in international politics that I’ve seen. Donald Trump, the guy we all laughed about, actually won. 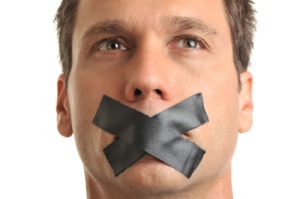 The fallout has been extraordinary. Opinions and emotions run high as the western world teeters on the brink. The unthinkable has happened, and suddenly the future is unpredictable.

On the radio after the election, I heard an American assert his belief that everyone was shocked. Even the Trump supporters weren’t expecting a victory. I found myself wondering: how could this happen?

It’s not the first time. People were shocked over Brexit, and continue to be shocked over our own Australian election results. Surely these things should be predictable?

I see one key reason why they’re not: people convey different opinions in the quiet safety of the polling booth, from those they’re willing to own on the street.

The leftist ‘majority’ is consistently stunned when votes swing to the right; they’re left floundering, wondering how the results could be wrong. Well maybe they’re not wrong. Maybe those of the right-wing persuasion aren’t saying what they think, or maybe the media isn’t reporting it.

Maybe a whole portion of our society is being shut up (because they’re not P.C.) and it’s creating an illusion of consensus that just isn’t right. The thing about democracy, though, is that this silent multitude still gets to vote, and they’re shocking the world when they do.

The shock shouldn’t have happened, because, had we listened, we would’ve known it was coming.