Sexual attraction is surely one of the strongest forces intrinsic to humans, but is it possible that the external force of cultural trends can suppress, or even eliminate it?

This is one of the tangents my year 12 class and I found ourselves on today during a discussion about themes of identity and family in a play we have recently seen. 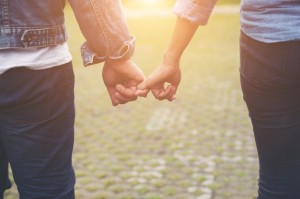 We noted that, with the exception of a minority that feeds the pages of New Idea magazine, sexual attraction between consenting, adult family members, in Australia, is rare. We could be led to believe that this is because it is fundamentally immoral, but historically and cross-culturally this is not seen to be the case.

Marriage of first cousins is, in fact (and unbeknownst to me until today) legal in Australia, the UK and 19 states of America. It is however, highly stigmatized. My class and I noted that this cultural stigma is so powerful that if we were to meet and be attracted to someone, and later find out that they were actually our cousin, the attraction would immediately subside.

I found it interesting to read that the “practice of marrying your siblings is now archaic (not to mention extremely icky)” and I wondered where this ‘ickiness’ comes from.

Of course genetic concerns regarding procreation play a role in the social stigma, but I found it interesting to consider the idea that a person’s sexual attractions can be curbed or influenced by the trends of their culture.

Some of you have been faithful followers of my blog for a couple of years now, and you may have noticed that my posts have become a bit less frequent over the last year.

It’s because I was writing a book.

It has been my absolute privilege to have co-authored the book PURE LOVE – Pursuing Purity in a Sex-Obsessed World with my senior pastor, Timon Bengtson.

We are so excited to be able to present the Christian community with this resource that takes an honest, biblical look at many aspects of our sexuality and that calls Christians to a radical standard of purity.

As a high school teacher I am so passionate about helping to inspire and equip the next generations to live out their calling to not only glorify God with their bodies, but also to be freed from the enslavement of sexual sin to discover the joy-filled life that God has for them.

If you live in Australia and would like me to personally post you a (signed or unsigned) copy of the book, I can do so for AU$20.30.

If you live overseas and would like a copy, you can purchase it on Amazon or Book Depository or download it from Kindle.

Would love to hear from any of you who would like to read it or have already read it!

God bless you as you seek to exalt Him in all areas of your lives.